Headlines from Greece, Europe and Turkey for the week, April 5 to April 11.

Migrants and refugees continue their attempts to break through the border fence and tensions remain high with FYROM soldiers. (VOA, April 11)

Greek authorities including Greek President Prokopis Pavlopoulos, denounced FYROM’s actions, saying “Such unthinkable and unacceptable acts have no place in the EU and NATO.” (Ekathimernini, April 11) On the other hand, FYROM has called from Greece to step up their police to fight the attempts to cross the border. (Ekathimerini, April 11)

Four women and one child died after a boat capsized in the Aegean near the island of Samos in Greece, BBC reported on Saturday. This was the first known death of migrants and refugees attempting to cross into Greece since the EU-Turkey deal was signed, which was targetted at illegal and often fatal boat crossings such as this one. Human rights organizations have criticised the deal, calling it inhumane and a violation of international law. (BBC, April 9)

EU summit postponed to June 28-29 to avoid Brexit conflict (Politico, April 8)
European Union to consider repositioning of visas against the US and Canada (Deutsche Welle, April 8) 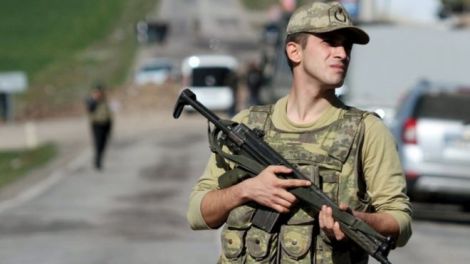 Turkish authorities are on high alert after the US issued a travel warning for its citizens, citing “credible threats” in Istanbul and Antalya. The alert follows several attacks to the campital and other major cities in recent months. (BBC, April 9)

A Syrian journalist was shot on Sunday in Turkey‘s southeastern region. Muhammed Zahir al-Sherkat was shot and severely injured by a masked man. This is not the first time a journalist has been the target of violence. In 2015 ISIS  claimed responsibility for the death of journalists Ibrahim Abdelkader and Fores Hamadi. The shooting was caputured via video and Turkish authorities are looking to identify the shooter. (Hurriyet Daily News, April 10)

Path to Greece closed, economy of smugglers and others suffers in Turkey (New York Times, April 8)